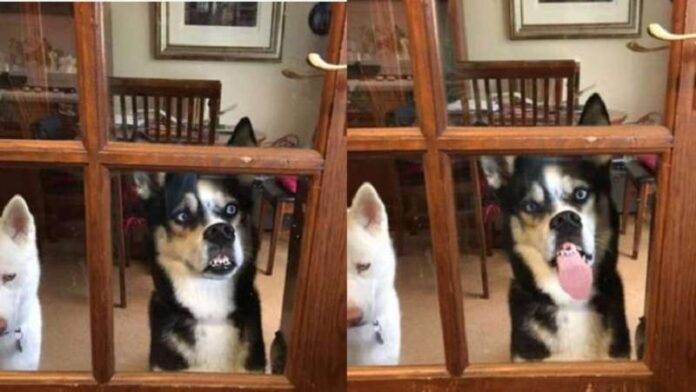 Sometimes the facial expressions of animals are so expressive and ridiculous that simple everyday photos turn into memes. This is what happened to this dog, who waited too long for a treat…

The owner of two Siberian Huskies named Medveditsa and Baloo, Anna Dunford from the British city of Plymouth, wondered for a long time why she often had to wash glass on the door. They were constantly in muddy footprints. But recently the woman guessed what the problem was. The point is the excessive emotionality of her two-year-old pet Balu.

Anna's mother, who remained to look after the dogs at the time of the departure of a full-fledged mistress, was able to make “photo evidence”. An elderly woman was preparing food for the dogs with the door to the kitchen closed. She didn’t let dogs in on purpose so that they wouldn’t get in the way and get food faster.

licked the glass surface. He did not stop doing it, even when the woman noticed the prank. 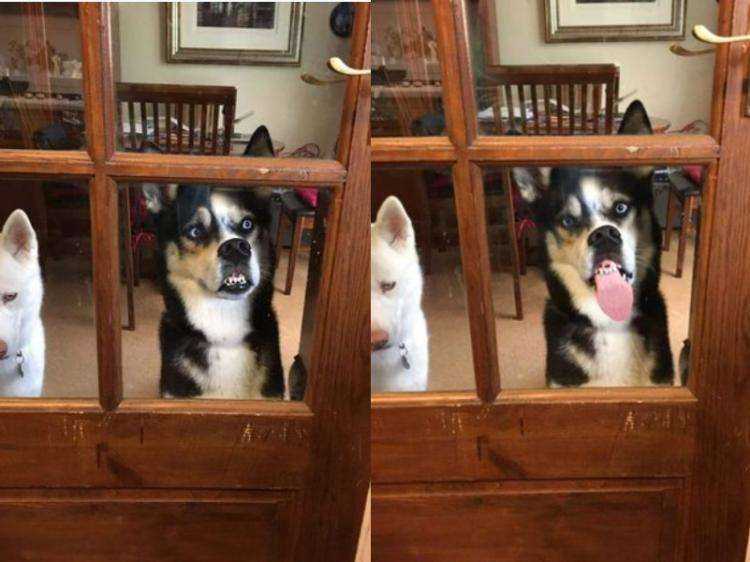 The scene seemed incredibly funny to the woman, hence the photos with the starving Baloo appeared. Anna also began to notice this feature. Now the funny habit of Baloo makes both his hostess and the guests of the house laugh.

Anna decided to talk about this situation on social networks . So Baloo turned into a template for a meme. Dunford has repeatedly given interviews to local media, where she talked about her charges: “It's hilarious, and when we manage to photograph him, everyone laughs.”