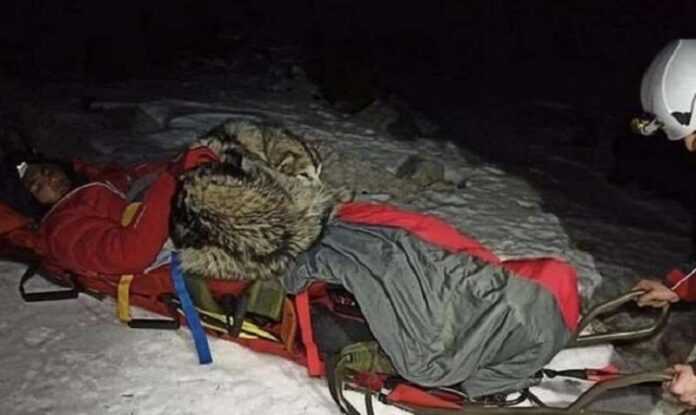 All OUR readers more than once had the opportunity to be convinced of the incredible devotion of dogs. But these animals do not cease to prove that a person is nowhere without them. A dog named Nord went on a journey with his owner. And the decision to take the dog with him literally saved his life.

Greg Brkich has long dreamed of going to the mountains in Croatia. Therefore, he was truly happy to go hiking in the Velebit mountain range that runs along the Adriatic coast. 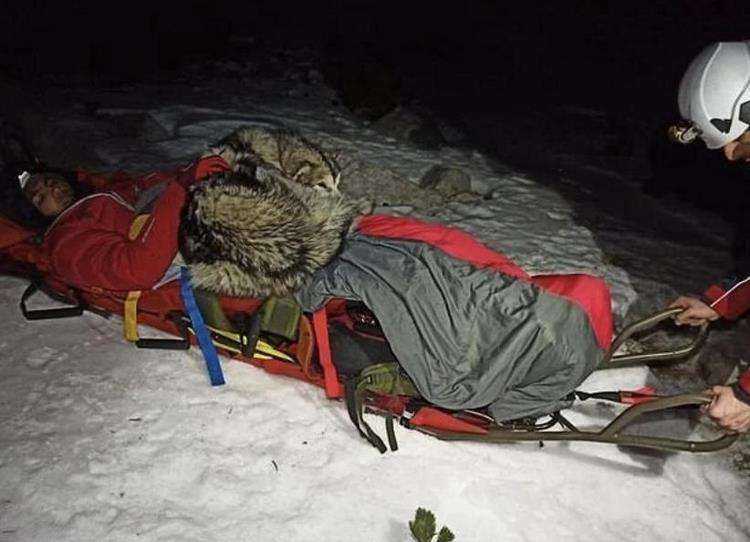 But this journey could not be happy, because at an altitude of 1800 meters a man fell, got hurt and was immobilized. His companions could not get to a friend and began to call rescuers. But the dog Nord, which Greg decided to take with him, easily jumped to his owner.

Doctors believe that the eight-month-old Alaskan Malamute Nord literally saved Brkich's life. The fact is that the man spent 13 hours on snow-covered ground, unable to get up and continue his journey. The dog all this time was near him and warmed him with his body. Rescuers and a support group of 30 climbers still managed to get to this part of Velebit. Already rescued and delivered to “civilization”, the man admitted: “The minutes and seconds before their arrival dragged on very slowly, but my beloved dog is a real miracle.”

Nord’s affection for Greg can really be considered a miracle . The dog refused to leave his owner, even when he was placed on a stretcher. Therefore, the rescuers were able to publish incredibly touching pictures in which Nord lies next to a man, curled up.

The rescuers admitted that without Nord, Greg would hardly have been able to survive this fall. But they called for a more responsible approach to climbing with dogs, it can end fatally for animals.