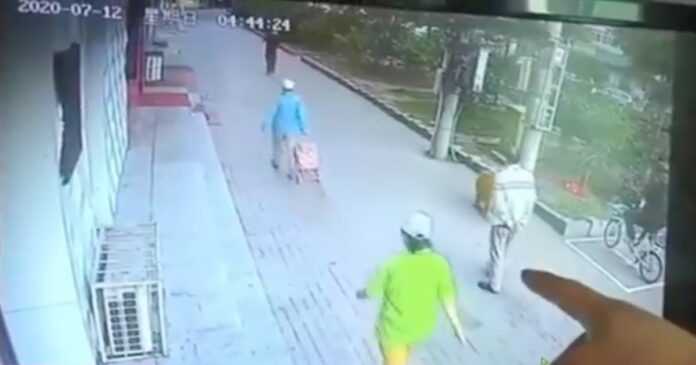 This story proves that, contrary to popular belief, cats do not always fall on their feet. A man discovered this very painfully, on whom a purr unexpectedly fell upon him while walking with his dog. What happened a moment later exceeds all expectations.

The cat on the roof

A man was stunned and mauled by a cat while walking his dog, who, to everyone's surprise, jumped off the roof directly at the passer-by. The incident took place in China.

The video from the surveillance camera was leaked into the network and breaks records of popularity. So far, the video on YouTube has been watched 120,000 times. The 45-second film shows a cat falling down onto a man walking in the company of a golden retriever. The animal lands around the human neck. The force of the animal's impact is so strong that the man falls to the pavement and loses consciousness.

The most shocking thing about the recording is that the people watching the event they don't react. Nobody comes up to the man lying on the street to help him. After a while, the dog, who was walking together with his owner, catches up with the culprit of the incident and attacks the cat. This one, however, bravely resists the attack and successfully defends itself.

According to media reports, the cat that fell from the balcony belongs to the victim's neighbor. As a result of the collision with the cat, the man suffered relatively serious injuries. He spent 23 days in the hospital. He still can't do without a neck brace. He will also have to undergo long-term rehabilitation. He has already announced that he will be seeking compensation from the owner of the cat who contributed to his injury. 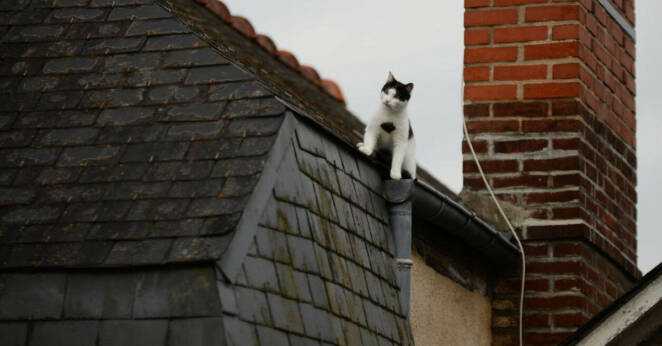 In view of this situation, the notion that cats always fall on their feet takes on a new meaning. Unfortunately, sometimes a safe landing for them can cause trouble for someone else.

Facebook
Twitter
WhatsApp
VK
Previous articleIn the US, a stray dog tried to steal a unicorn toy from a store 5 times. He was caught and changed life for the better
Next articleFaithful dog saved his owner's life by warming him with his body