Unlucky calf survived no matter what 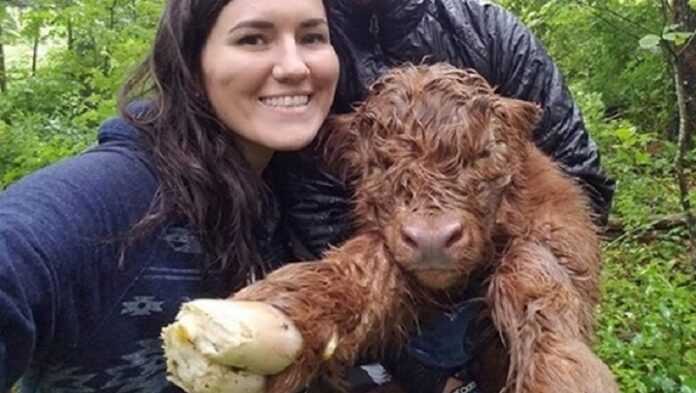 This is a story about a calf called James, who faced many obstacles in his life path. But thanks to the support of caring owners, he was able to overcome them and survive.

The baby was born on a farm in the mountains of North Carolina. The mother refused to feed James, the calf urgently needed to be saved, otherwise he would have died. And his salvation was the owners of this barnyard – Adam and Emily Hopson. The couple took the cub home and bottle-fed it for a month. Veterinarians assured the Hopsons that the calf still had a lot of health problems, so it would be easier to euthanize him, but the owners refused this idea. They decided to fight for his life, and not in vain.

Along with Adam and Emily, James was looked after by dogs. They did not leave the baby until he himself learned to walk confidently. The dogs took special care after James was diagnosed with an umbilical cord infection. After a difficult operation, which, fortunately, ended with success, the dogs showed real parental care to the calf, treated him like his own puppy.

But James was growing up, and now it was time for Adam and Emily to bring him back to their brethren. However, the herd of cows did not recognize James as their own. Which is not surprising, because the behavior and habits of James were more like a dog than a cow.

Fortunately, several new calves soon arrived at the farm, with whom James was able to get along very well. But he also does not forget his “tutors” in the face of dogs and is always glad to meet them.

This story about a small but strong-willed calf who managed to overcome all the difficulties in his path inspired Emily a lot.

She even wrote and published a children's book about James.