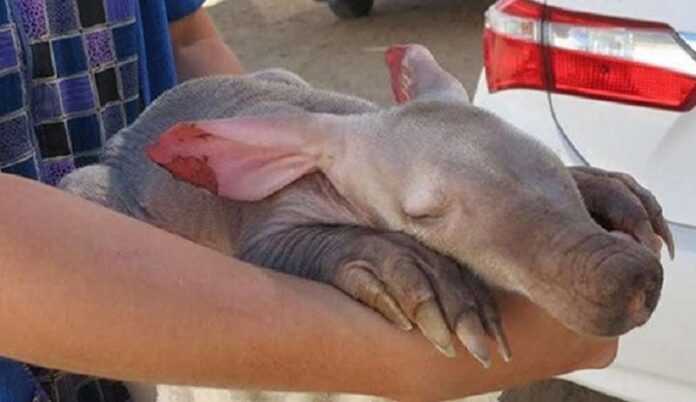 Bald, clawed and with a face like an alien! But at the same time – a weak, ever-hungry orphan who charmed everyone at once.

The baby of the strange animal miraculously survived and ended up in a shelter for other animals. 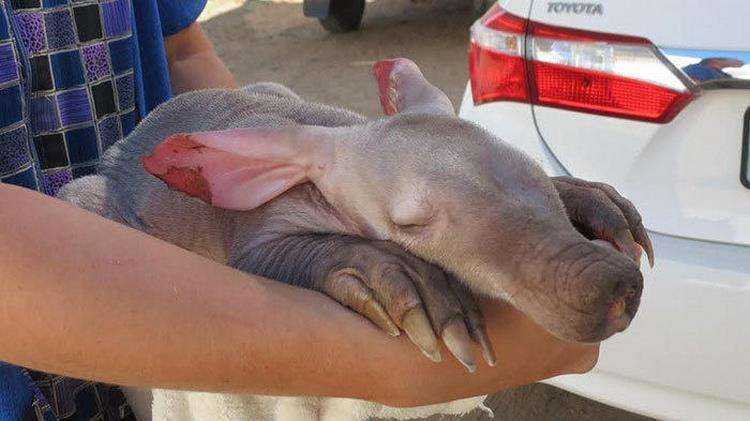 Well, why not an alien beast? Just another cub. 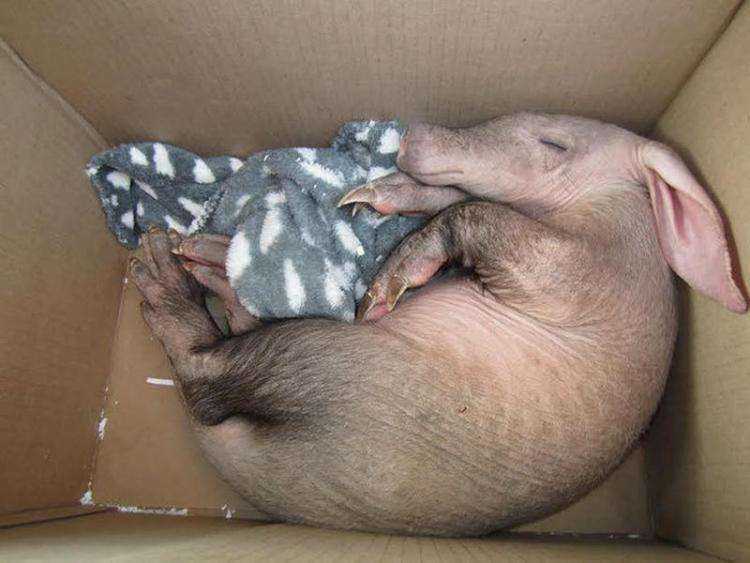 And it was like this – the truck followed through the desert expanses of Namibia. At one of the parking lots, the driver walked around the car out of habit before setting off, and suddenly saw something strange under one of the wheels. It curled up into a ball and grunted weakly when touched. Fortunately, the man had already seen such animals – it turned out to be an aardvark baby!

, so the freak was transferred to an animal shelter 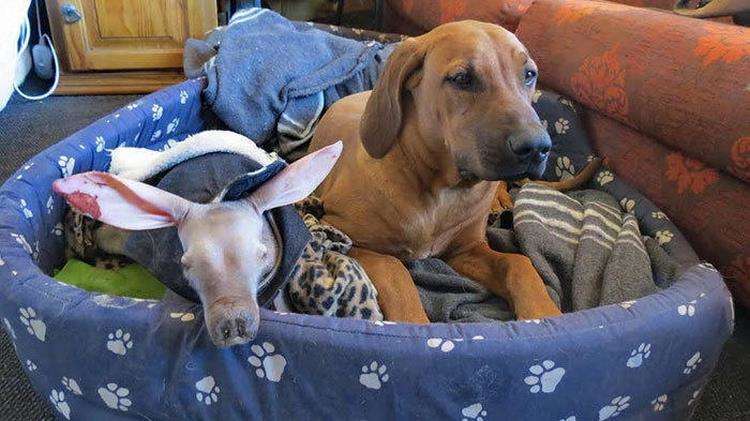 There it immediately took custody of the dog Zara 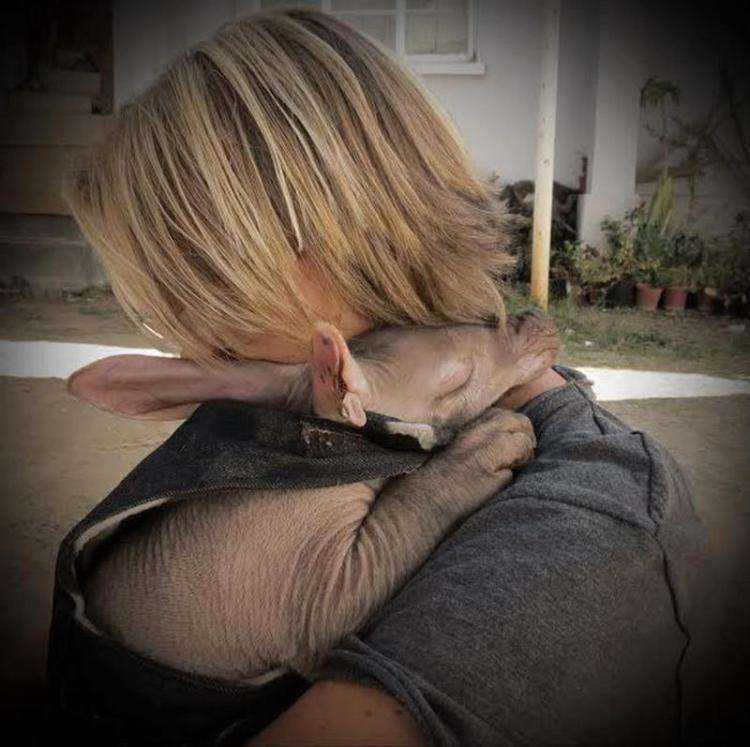 Dr. Erica de Jager said that everyone literally fell in love with a wonderful creature. Aardvarks are not aggressive, although their clawed feet are so powerful that they can break through the clay walls of termite mounds. These animals feed on termites and ants, do not conflict with anyone and often become the prey of large predators. In the shelter, nothing threatened the crumbs and he developed an excellent appetite! 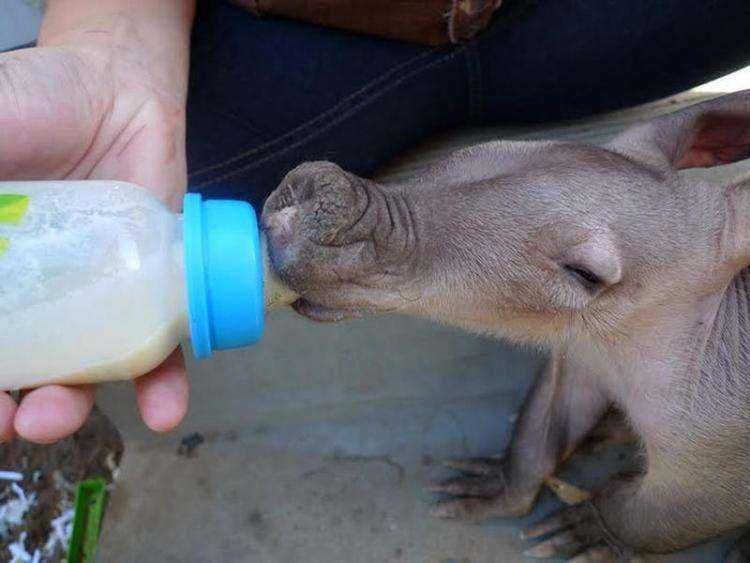 The grown up aardvark was taught to get food on its own and released back into the wild. But every season he comes back to see his “foster mom” Erica.

A good story about good deeds!

Facebook
Twitter
WhatsApp
VK
Previous articlePeople suddenly realized that toucans are the strangest animals
Next articleKittens and dogs are good. But there are also little donkeys!