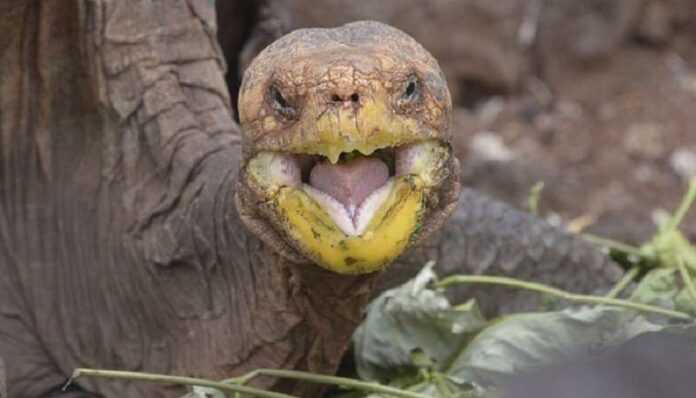 The male giant tortoise nicknamed Diego, distinguished by his unsurpassed libido and considered the savior of his species from extinction, returns to the Galapagos Islands.

In the 1960s, Diego was one of 14 males selected to participate in the giant tortoise breeding program on the Galapagos island of Santa Cruz. This program has been extremely successful, increasing the species there by more than 2,000 individuals.

Diego's legendary se&c drive was recognized as one of the reasons for the program's success.

100-year-old Diego fathered about 800 baby turtles, having fertilized hundreds of females on the island.

This program has been completed and Diego will return to his home the island of Hispaniola. It will rejoin the giant tortoise population of 1,800, about 40% of which are descendants, according to the Galápagos National Wildlife Service.

“He made a huge contribution to the pedigree of the species that we revived in Hispaniola,” says Jorge Carrión, director of the reserve. “We are happy that we can return it to its natural habitat.”

The management of the reserve believes that that for the first time Diego was taken out of the Galapagos Islands about 80 years ago by a scientific expedition.

About 50 years ago, only two males and 12 females of the species Chelonoidis hoodensis remained on the island of Hispaniola . To save the species, Diego was returned to the island from the San Diego Zoo in California.

Now Diego is in quarantine before his solemn return to Hispaniola.

The Galapagos Islands, located in the Pacific 906 km west of Ecuador, listed as a World Heritage Site by the United Nations due to its unique flora and fauna. evolution.

Facebook
Twitter
WhatsApp
VK
Previous articleCats and dogs that give a person love and boundless gratitude. How do they look…
Next articleAnother 15 very arrogant, but also very cute displacements of their owners from their beds