The cat has such a funny, displeased muzzle that it can be sent instead of a smiley 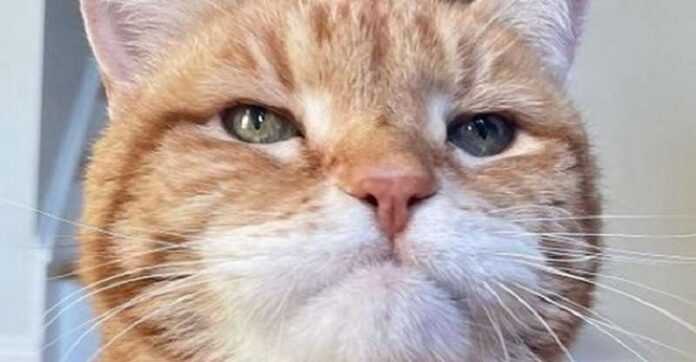 Not only people can walk forever with a sour face. Cat Marley Katz will give odds to any dissatisfied person.

Photos of a cat with a frozen expression of boredom, laziness and melancholy, scattered across the Internet . Resourceful people, using pictures, viral memes with the image of an animal. One day Katz woke up famous. But the universal sadness hardly disappeared from his face. Apparently, the happiness of the animal is not in the glory and delight on the part of the fans. Neither a Christmas hat, nor a picture with his own image, and even a birthday cap can not affect his gloomy mood. Unless, a favorite toy can make the muscles on his face tremble.

The owners maintain an Instagram page on behalf of their red-haired pet and his brother Sherman. He is also very unusual. His eyes are a little slanted, as well as a few spots on his nose. The profile is full of pictures in which Sherman poses in a bow tie. Unlike his brother, he is very smiling and playful.

In the social network, they have already gained almost one hundred thousand subscribers. Fans are actively ordering cat video messages. They also contributed to the last elections in the United States – the muzzles of cats were decorated with badges with the inscription “Voice”.