Majestic and formidable: the photographer immortalized the kings of nature 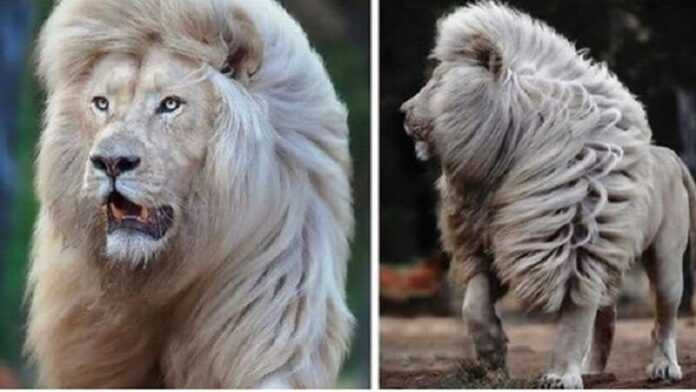 British photographer Simon Needham has long made a name for himself in the arts, philanthropy and wildlife protection.

His latest passion is the search for the most beautiful lion in the world. Strictly speaking, he had already found it, but decided not to stop.

What if there is a prettier one?

Sometime in the past, Needham built a very successful advertising business, made a lot of money , was at the reception of the British Queen and even entered the TOP-50 outstanding creatives of the era, along with Paul Smith and Stella McCartney. And then he sold everything and began to travel with a camera at the ready. It's much more interesting to wander around the savannas and look for someone to photograph such that magazines stand in line for the right to print pictures.

Lions are Needham's last passion, and in the most direct sense. There are no more than 20,000 individuals left in the world, the threat of extinction is almost documented, and according to forecasts, only those lions that sit in zoos and reserves will remain by the middle of the century. That's where the photographer went, because in the real wild it's dangerous, animals don't appreciate art and can eat. And he needs to photograph beautiful lions.

Recently, Needham became famous for his photographs of the white lion Moya, which is considered the most beautiful on the planet. Let's note – it is deservedly considered. Working with Moya was difficult, but interesting. However, this is always the case with lions – the best shots are given at the cost of great expectations and efforts. Sooner or later, there comes a moment that needs to be captured in memory.

The photographer works a lot on order, and donates half of the fees from the pictures to the reserves. They feed him and he feeds them, plus you can feed the lions together. Figuratively. Conservation structures always need any help, including information, which is what Needham does.

Shows what beautiful lions still live on the planet, and why we need to take care of them.

Facebook
Twitter
WhatsApp
VK
Previous articleThe cat sleeps wherever he wants. Including where it would never occur to a person to lie down!
Next articleCat-hater dog feeds two lion cubs