Grateful cat from a shelter stuns with presents of his owners

About a year ago, Derek and his family decided to give a new life to a furry from the shelter. They chose a kitten and named him Gonzo.

The affectionate cat quickly became a favorite in the family, showing not only good nature, but also a kind of gratitude to the owners. 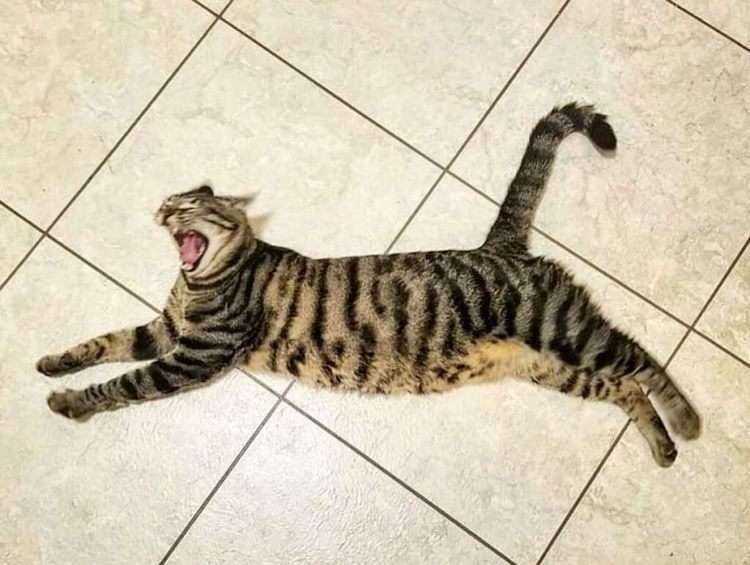 It turned out by chance. One day, Derek heard his wife's heart-rending squeal from the room and hurried to the rescue. He was shocked to see a live bird caught by Gonzo at his wife's feet. The cat himself clearly expected to make the woman a pleasant surprise and did not expect such a violent reaction. The bird was still alive and Derek set it free.

Apparently, the cat made certain conclusions and stopped bringing home live prey. However, he did not get rid of the habit of “catching” interesting objects and bringing them home. Derek's collection includes scraps of magazines, plastic packaging, and other junk. Once a pet brought parts from water faucets, and Derek had to return the stolen goods and apologize to the workers who were fixing the water supply.

The intrigued owner provided the pet with a collar with a portable video camera to observe its movements. It turned out that Gonzo carefully chooses the next gift for his owners and spends a lot of time hunting for him. Once the cat even spent a day in the company of possums, peacefully communicating with them.

The family pet brings the “caught” thing to the house to be appreciated and praised. The owners are accustomed to his quirks and will never part with a smart and devoted earner.