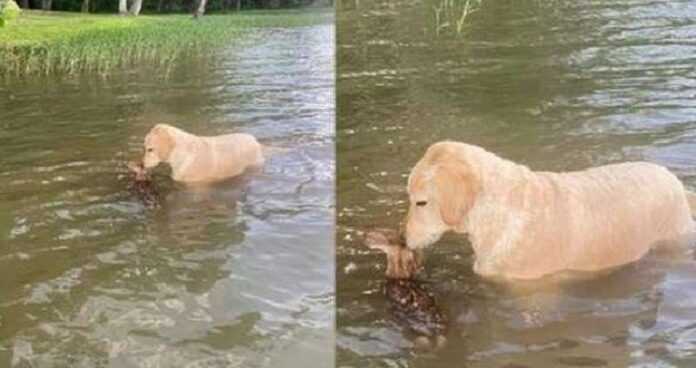 To be kind and heartfelt stories! Still, it is good that today humanity has less need for ferocious dogs, as in past centuries, modern breeds are distinguished by a kind and sympathetic disposition.

For example, a goldendoodle, a hybrid of a poodle and a retriever – one such named Harley distinguished himself the other day.

One evening, Ralph Dorn noticed that Harley was nowhere to be found. He found him in the lake behind the plot, and the dog was not alone there. 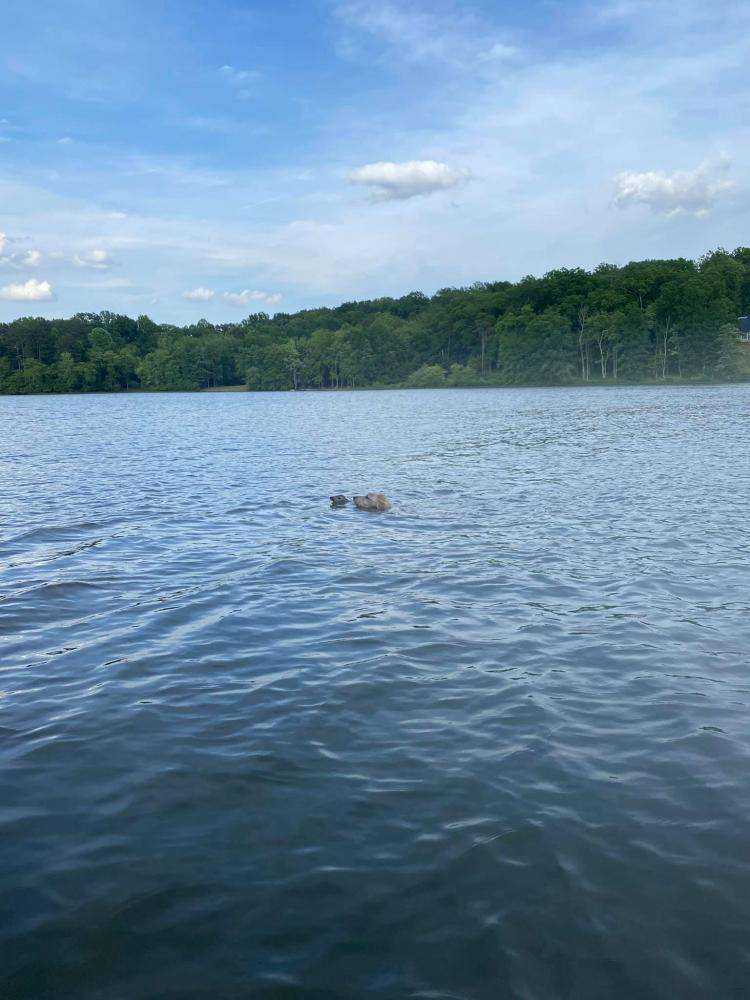 Harley swam to the shore, pushing something small. It turned out to be a tiny deer! 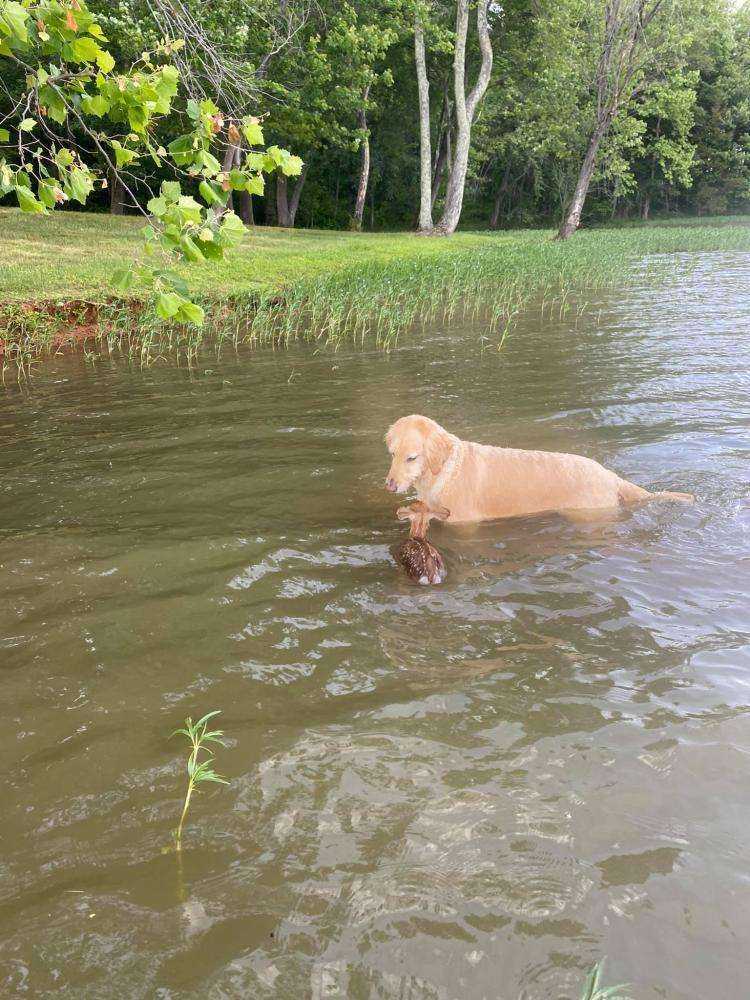 How the animal ended up in the lake, Dorn did not understand. But it's a miracle that Harley noticed him before the kid was exhausted. These are the lands of people, around the house and fences, so it is unlikely that the mother deer would come to his aid. But the good Harley is easy!

Harley helped the baby get ashore 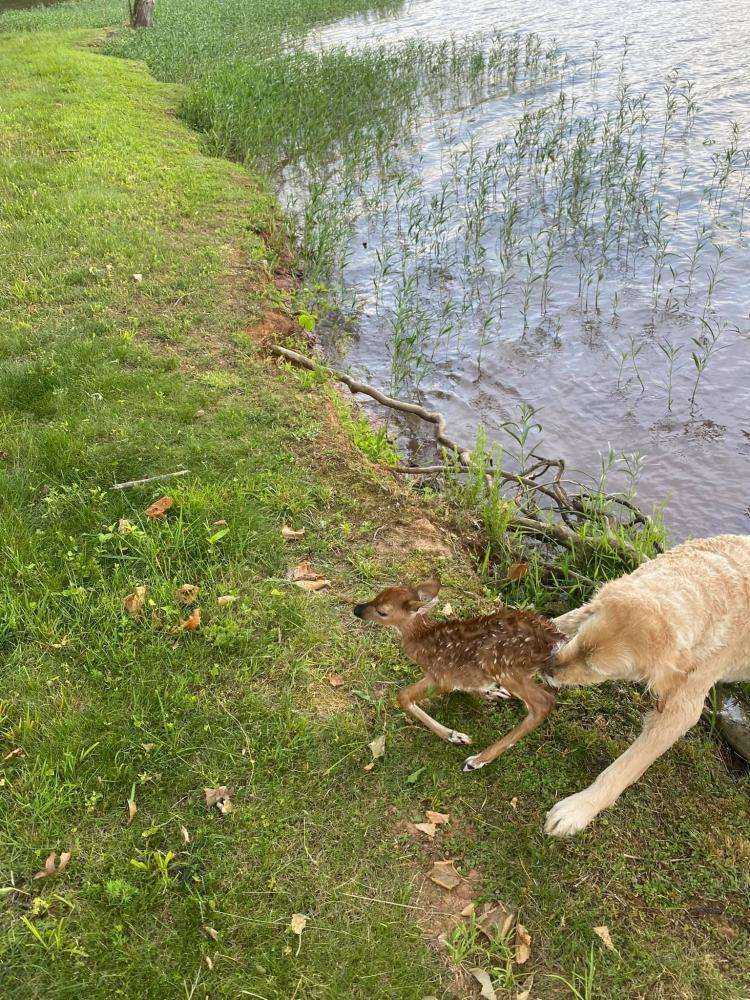 And continued to fuss, worry about him

Dorn examined the deer and did not notice any injuries. Harley did not want to let him go, but it was necessary. 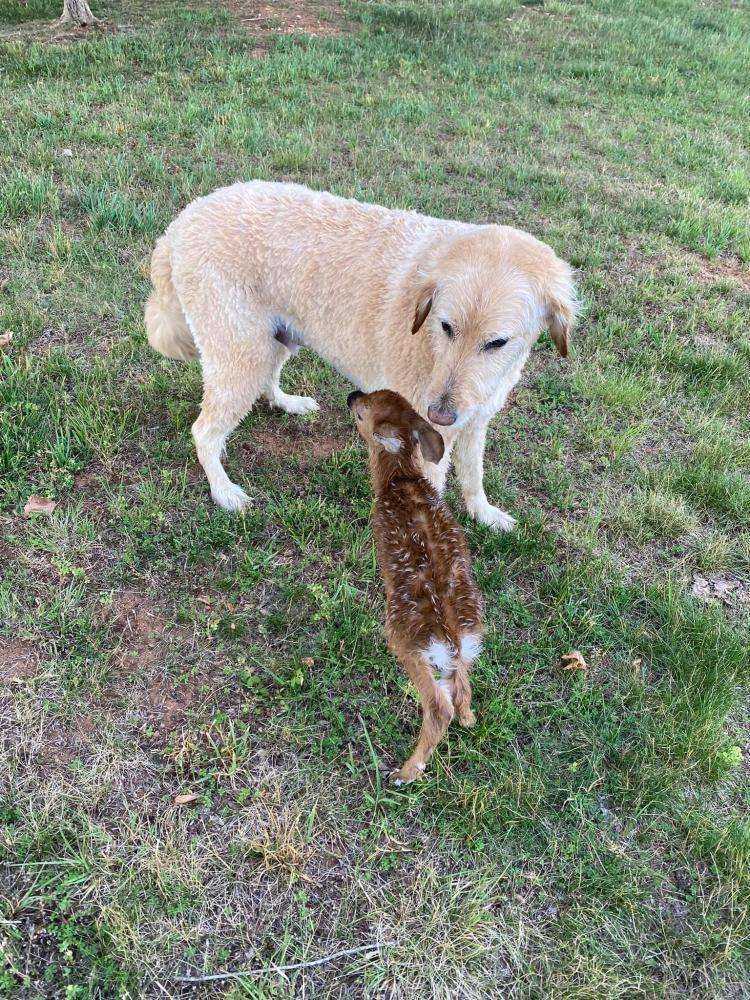 But what they saw from home a few hours later

The next morning, Harley kept trying to get out into the street, and when Dorn released him, the dog rushed into the thicket of bushes. There, as it turned out, a deer was waiting for him. They sniffed and the calmed dog returned home, and the deer went into the forest. The job is done, everything is in order. 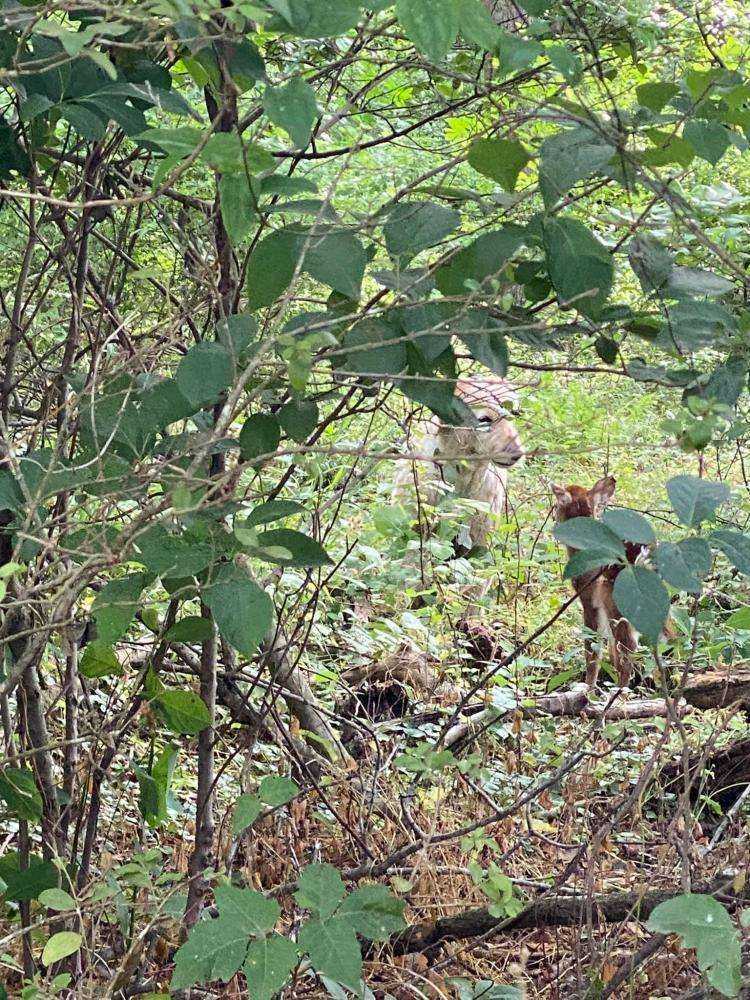 Harley is not the first time to do good deeds. He has training, he worked in a hospital for veterans, helped with psychological problems, participated in the upbringing of children. For dog Harley, doing good deeds is the norm.

Facebook
Twitter
WhatsApp
VK
Previous articleAn amazing kitten that no one can refuse anything
Next article15 photos of funny and silly dogs, when looking at which it is simply impossible not to smile