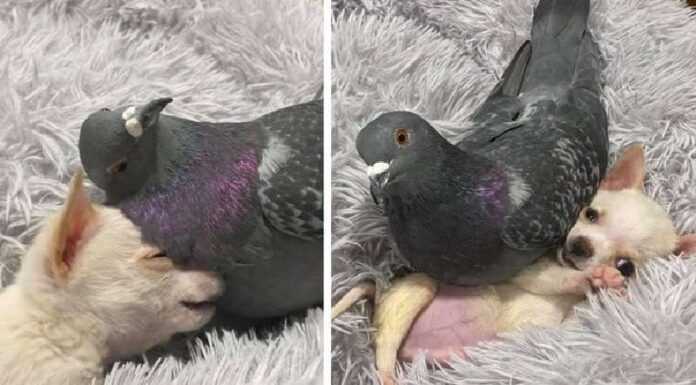 True friendship has no boundaries and conventions. It is subject not only to people, but even to animals and birds.

Evidence of this is the benevolent relationship between the pigeon Herman and the Chihuahua puppy Lundy, whose meeting led to mutual sympathy. 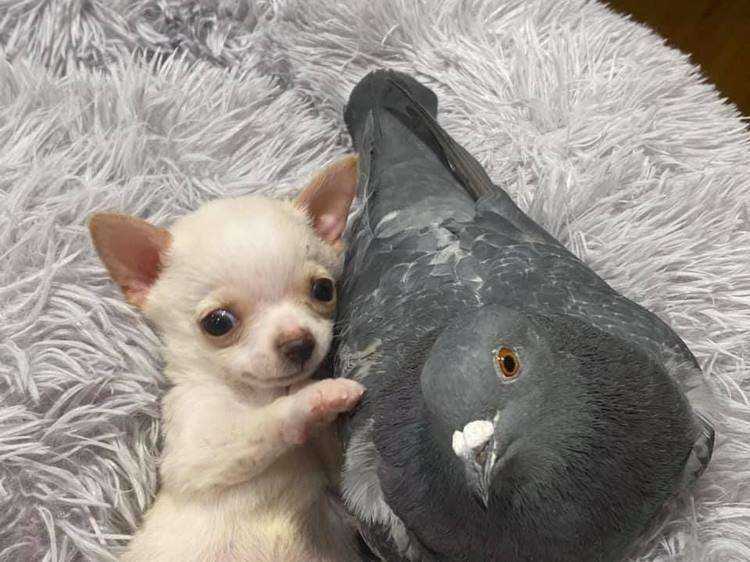 According to the People Foundation, the pigeon was there a couple of years ago. The bird, sitting for three days without moving, was found in a car dealership. The founder of the foundation, Sue Rogers, was informed about her by phone. The dove was accepted, assisted in recuperating, but the ability to fly was not restored. 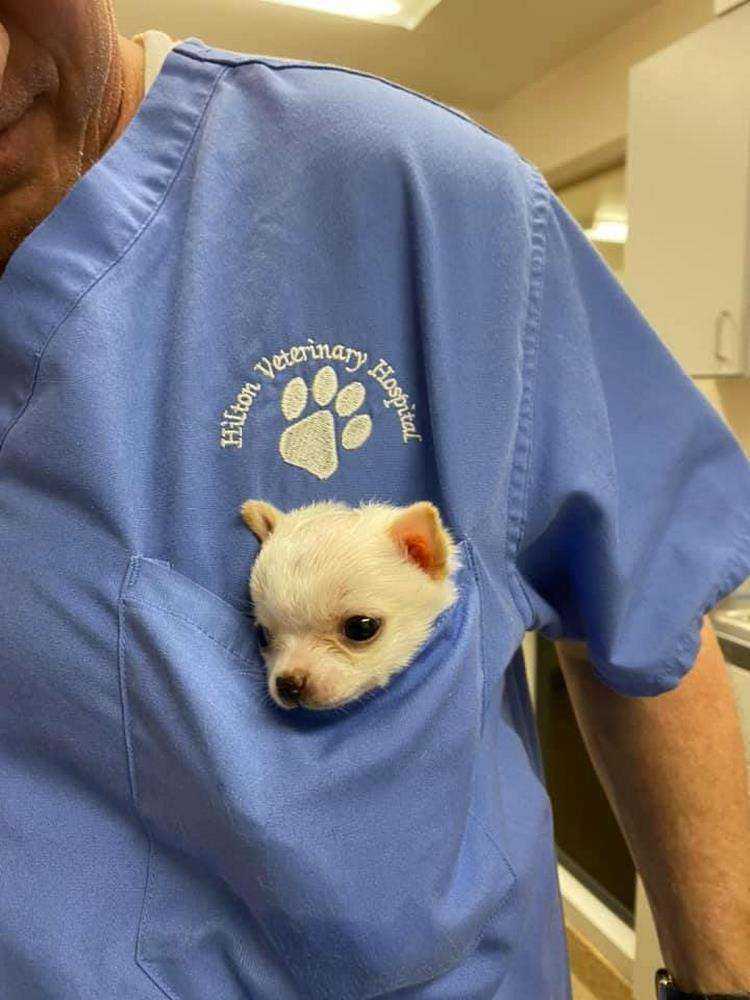 Probably, this happened due to a virus introduced into the body or a traumatic brain injury. Herman lives in the fund, where he is not only fed, but also taken out into the fresh air. 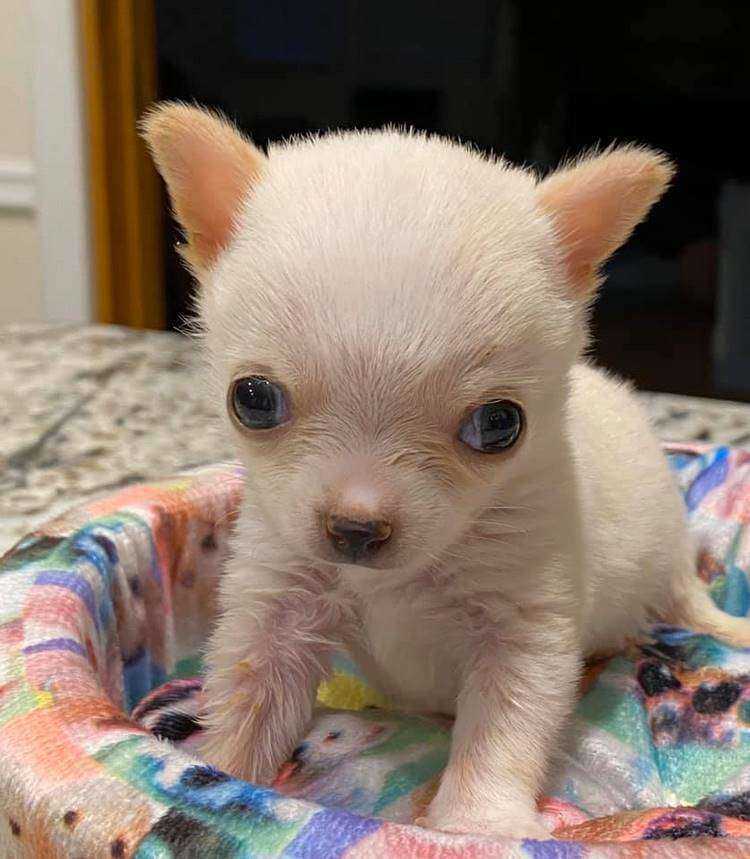 Puppy Lundy appeared recently. The baby weighing 140 grams was then only four weeks old. Within 12 days, he increased the weight to 255 grams. The founder of the foundation believes that the dog's problems are most likely related to the spinal cord, which led him to the inability to move independently.

So, Herman and Lundy were close by. The woman was caring for the puppy, and the pigeon was nearby, sitting on the couch. 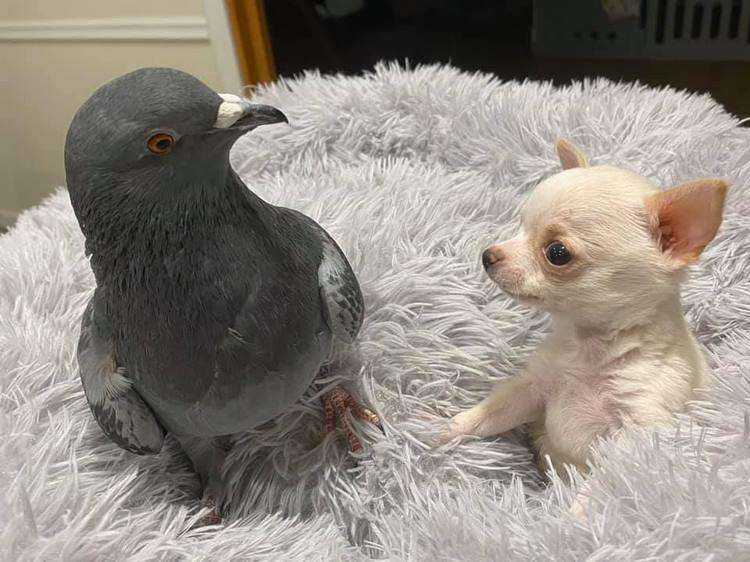 Sue decided to place the dog next to the dove, while keeping a close eye on them. After all, the behavior of living beings is unpredictable. 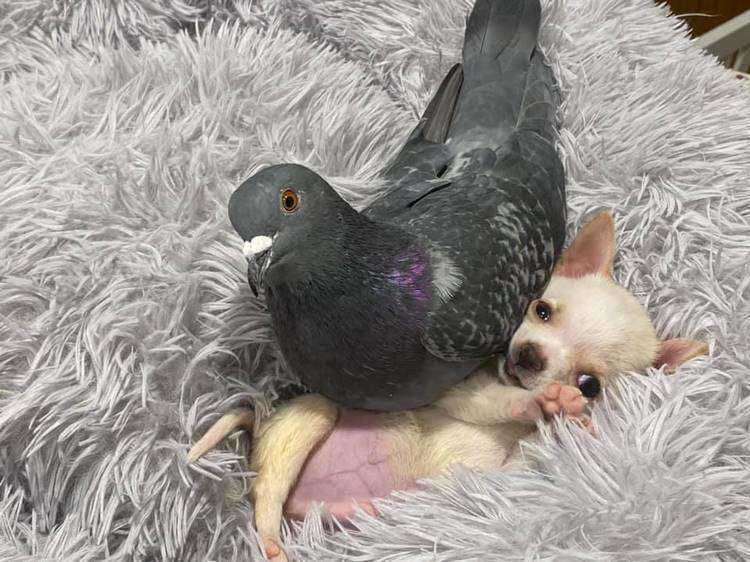 However everything went well and now you can watch how the friends hug each other cutely.

I would like to wish that everyone had someone to be friends with, like Herman and Lundy.