Abandoned kitten amazed everyone with its unique appearance 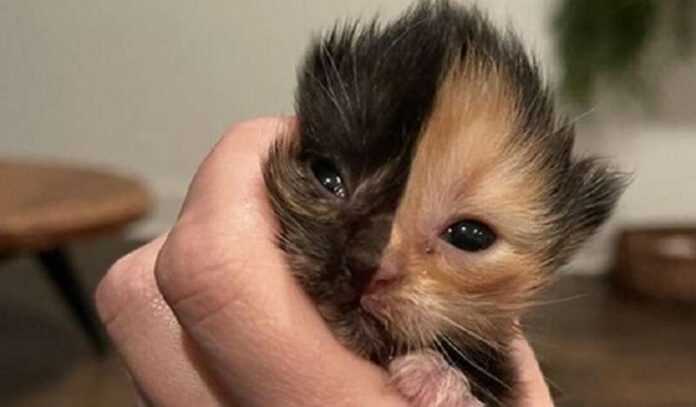 In mid-March of this year, another batch of abandoned kittens arrived at the Cat Rescue Center in Nashville, Tennessee.

A couple found two newborn babies. She, in turn, met the kittens on the territory of the newly acquired house, which was planned to be rebuilt. 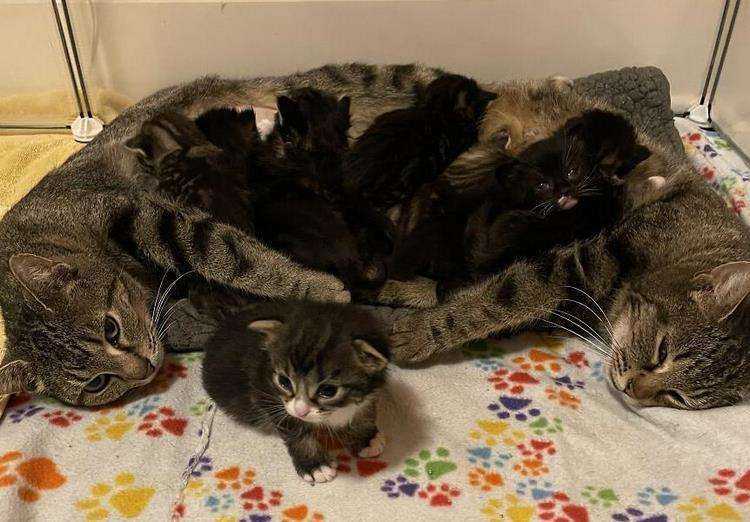 A shelter worker named Kiki took care of the two babies. She nursed kittens not for the first time and knew perfectly well what to do. Therefore, Kiki began to look for nurses for the crumbs. Fortunately, two cats from the center, Pickle and Olive, recently gave birth to kittens. 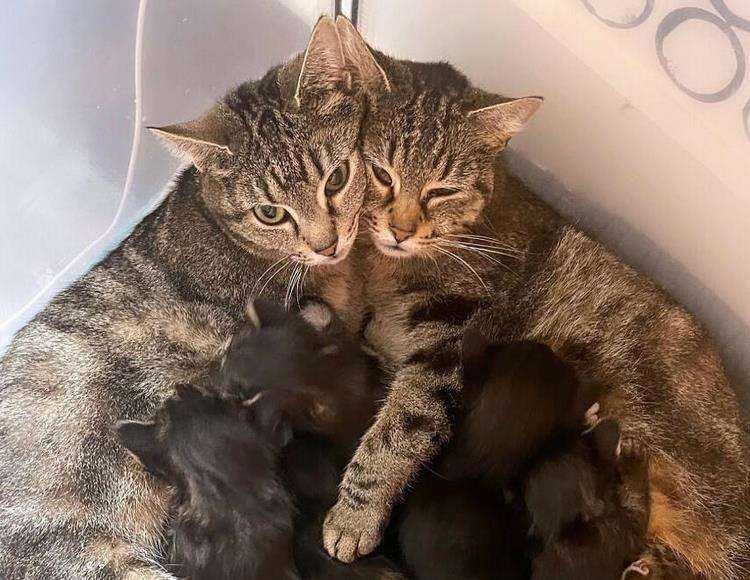 But even in this turmoil, Kiki realized that her new charges were completely unusual. More precisely, one of them. The baby, who was named Apricot, had a muzzle perfectly divided into two parts by color. One half turned out to be black, and the second had a red color, hence the touching name. 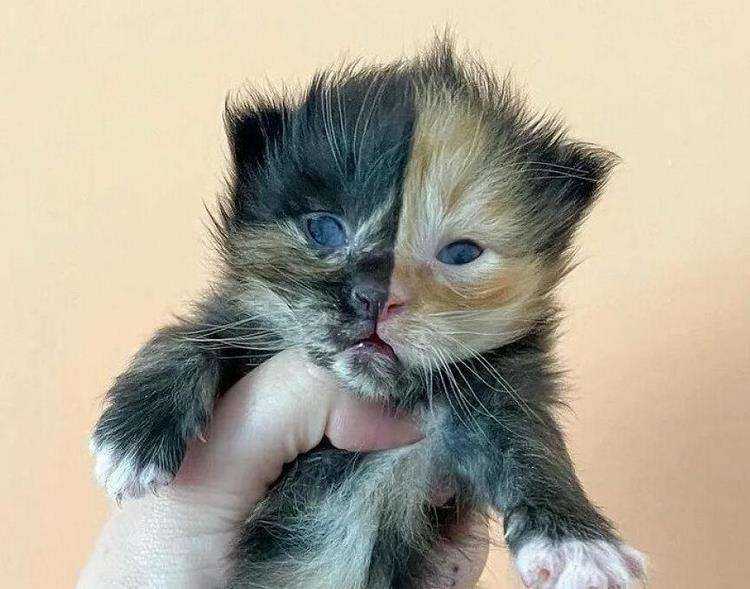 Such a rare natural phenomenon is called chimerism. Scientists explain that this happens when a kitten comes from two merged eggs with a different set of genes.

However, the unique appearance does not scare other cats away from Apricot at all. He and his brother Pretzel, a very ordinary gray kitten, were quickly adopted by both foster mothers. 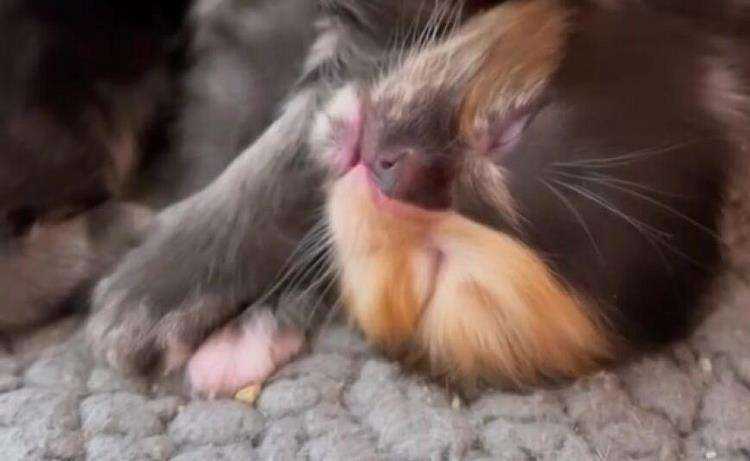 And the story of the baby's life, which the Nashville Cat Rescue Center posted on Instagram, attracted hundreds of potential owners.

Did you like the article? Share with your friends on Facebook:
Facebook
Twitter
WhatsApp
VK
Previous article12 photos, after which it will be difficult not to have a pet. Even if you already have one.
Next articleWho is the owner of whom: a cat to a man or a man to a cat