The dog began to often run away from home, but he is not scolded 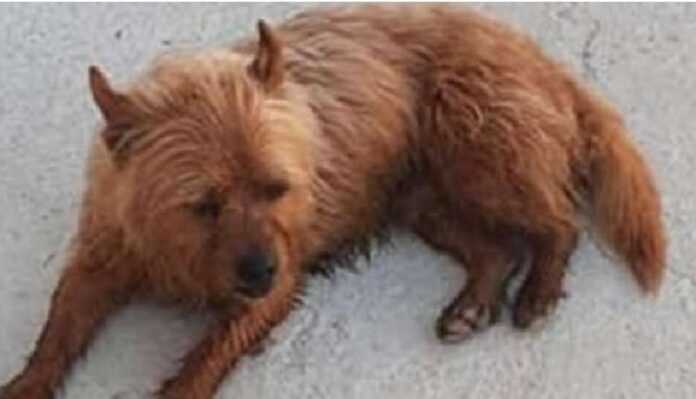 In Italy, a woman began to notice that her dog was running away every day. But when the reason for the absence of the dog became clear, they did not scold her, because the reason for traveling was very touching. nicknamed Fulmine, which is translated from Italian as “lightning”. Not so long ago, the owner began to notice that her pet was absent daily. She did not attach any importance to this and thought that the dog was just walking and doing his dog business. But when Sarah found out the true reason for the absence of her four-legged friend, she was moved.

As it turned out later, Fulmine visits his former owner every day. True, a month ago, the former owner of the dog left this world forever. Leonardo, with whom Fulmine lived for seven years, is the father of the current mistress of the dog Sarah. The woman says that her dad and his pet were friendly and very close, they often hugged and talked.

Unfortunately, some time ago, Leonardo fell ill. Fulmine supported a loved one in every possible way and helped him fight the disease. But the disease won, and the man was gone. The dog was left without a friend and owner, he was very homesick. The family of the deceased decided to take Fulmine to their place. And although the dog found a home again, he missed his friend very much. When cars drove past the house, the dog rushed to the gate with the hope of seeing Leonardo outside the door.

One day, Sarah Sechi, together with her son, decided to go to the grave of her father. When she came to the cemetery, she saw her father Fulmine near the last earthly refuge. He sat next to the tombstone and looked at the photograph of Leonardo, perhaps waiting to meet him or simply reminiscing and realizing the bitterness of loss.

Sarah said that Fulmine was not present at the farewell to Leonardo, so the fact that he was able to find the grave of the former owner was a big surprise and a real miracle. The dog somehow found out the location of the cemetery, traveled 3.5 kilometers and found a tombstone. right place. Probably the soul of the deceased father brought the dog here. Sarah is sure that there are phenomena and events in the world for which it is impossible to find logical explanations.

Facebook
Twitter
WhatsApp
VK
Previous articleDogs who have concluded that your bed is their bed!
Next article22 animals that are masters of surprising us