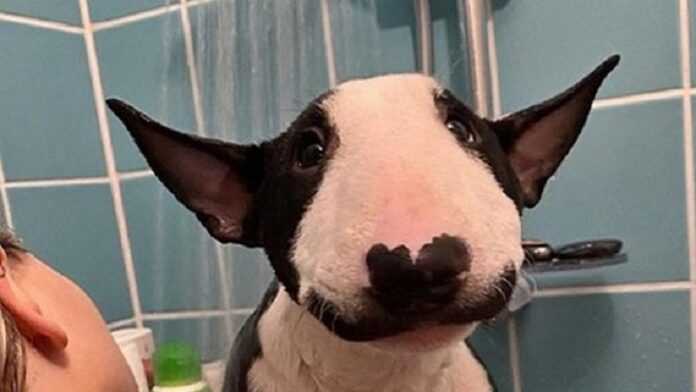 Meet a new influencer named Frida. She is a six-month-old bull terrier puppy and a rising social media star.

And all because nature has awarded the puppy with an unusual appearance – he has a “mustache”, which many will envy.

Frida's owner, Helena Olef Snorradottir from Reykjavik, has long dreamed of such a pet. Luck smiled at her – as soon as she found out that there was a breeder of bull terriers in Iceland, she was immediately offered a puppy. And not anyhow, but the beautiful Frida!

Helena believes that this is a sign of fate. Frida agrees with her – she is still small, growing up, but she already understands how unusual she is and how much attention she attracts. The puppy loves to smile – so her “whiskers” are best seen, which invariably causes a lot of fun and positive emotions in others.

Frida appeared in Helena's life in difficult times and became for her a symbol of hope for the best. A mustachioed and funny character.

Facebook
Twitter
WhatsApp
VK
Previous articleThe dog, who has been waiting for home for 279 days, is excited about his first family photo
Next articleWhite bears settle in an abandoned weather station: amazing footage