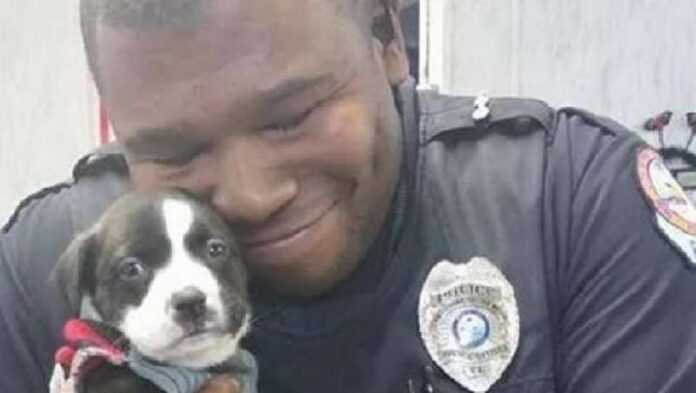 When this baby was born, the owners did not want to keep him and decided to get rid of him immediately.

A good decision, they thought, would be to take a barely born puppy and take him in the middle of the night to the porch of the shelter.

But for some reason they didn’t even think of ringing the doorbell. None of the employees, of course, had any idea that a “surprise” awaits them outside the door in the form of a defenseless and chilled newborn puppy. 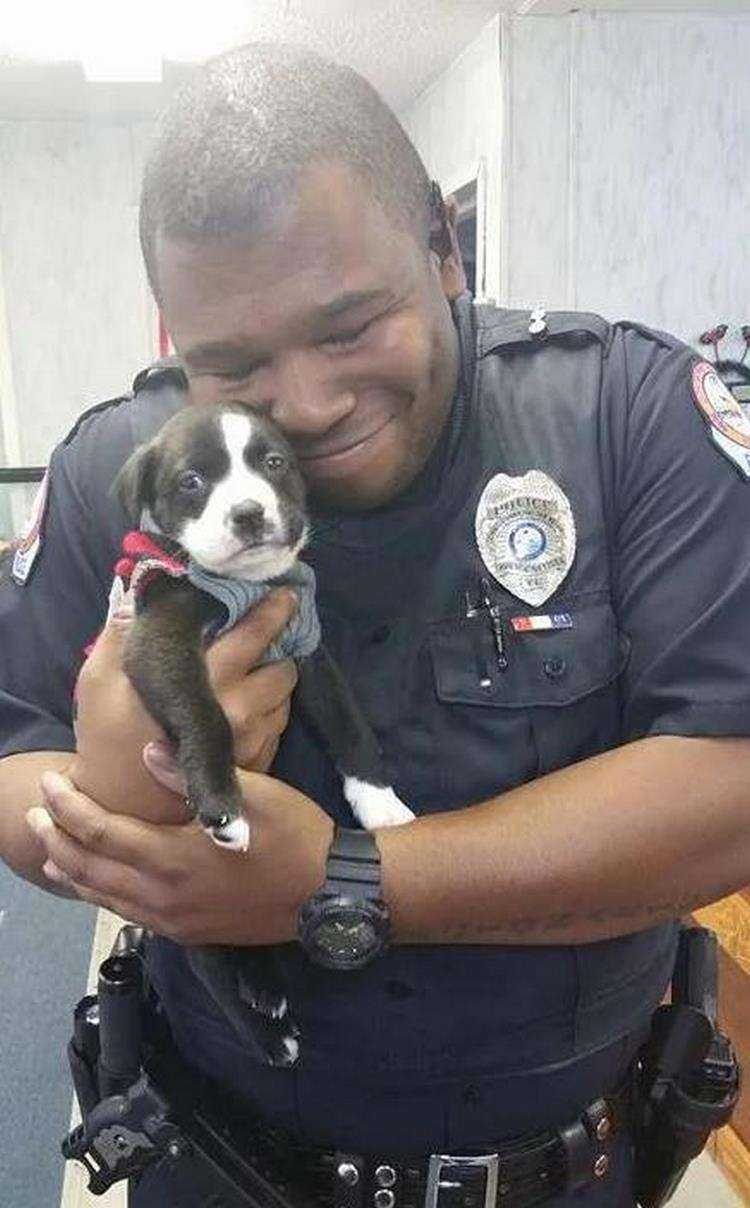 The incident occurred in Texas and, I must say, then the state was overtaken by abnormal frosts. Pipes with hot water burst in people's houses, let alone a small pit bull – the puppy literally froze on the cold steps. But, fortunately, fate sent salvation to the baby.

Just that night, police officer Marcus Montgomery went to the shelter on some business. Hearing about the puppy, he decided to take a look at the poor fellow. Taking this frozen miracle in his arms, the officer literally broke into a smile, and it became clear to everyone around him that these two were made for each other. In Marcus's arms, the baby immediately curled up in a ball and fell asleep. This was the final chord, after which the officer announced that now he would never part with the pit bull.

By the way, at home Marcus had a dog named Vader, also a pit bull breed, which the man took from the same shelter.

Now he will be accompanied by a new pet, his officer named Kylo. It is worth noting that both nicknames of the officer were inspired by the Star Wars movie.

Facebook
Twitter
WhatsApp
VK
Previous articleAnimals that found a home and repaid their owners with endless love.
Next articleEmotions of a cat visiting the beach for the first time