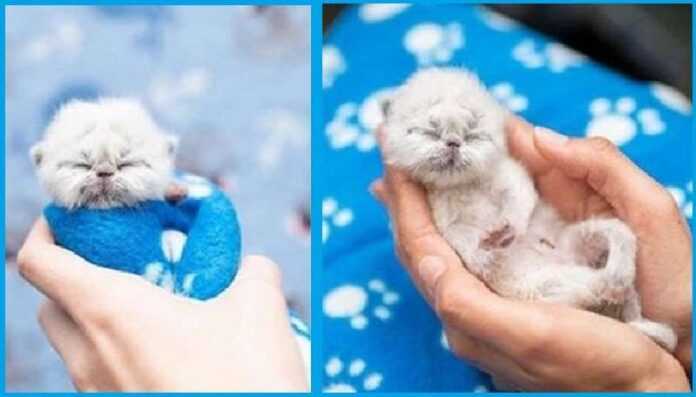 They say that in the future the concept of “health” will become something like a utopia, an unattainable and non-existent phenomenon.

And everyone, people and animals, will be born already sick, with various deviations. But this is not a reason to put an end to civilization – everyone can be cured!

Recently an unusual kitten was born

At the first examination, a pragmatic veterinarian suggested euthanasia – why torture the animal?

But the owners refused and turned to volunteer Stray Cat Alliance

The kitten had two congenital diseases that made it unviable. Firstly, a cleft in the sky, because of which he could not eat on his own. This is not difficult to eliminate surgically, but the animal must have a certain weight for the operation, and how to gain it if you cannot eat? Secondly, the kitten's hind legs were twisted due to the irregular shape of the tendons. They, too, can straighten up, but not on their own, otherwise he will never be able to walk. That is, doomed – the veterinarian was right.

But the volunteers had a different opinion

Due to the characteristic appearance of the kitten, they called Grandpa

And so for several weeks in a row. And yesterday he opened his eyes, which instilled confidence in everyone!

Ahead the baby has several operations, a difficult rehabilitation course and a happy cat life later. Maybe.

Facebook
Twitter
WhatsApp
VK
Previous articleA nursing mother runs out with the baby at the breast to save her beloved goose from an eagle attack
Next articleA cat mom adopts a small, hairless kitten who is completely different from the rest of her children