Farmers in the US let cows, sheep and geese into their homes due to frost 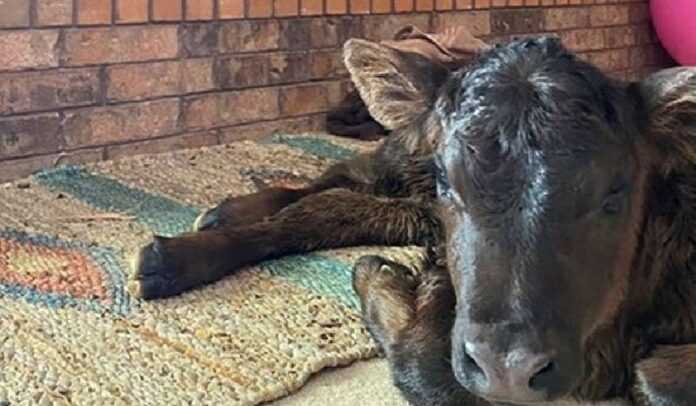 Frosts have come in the USA, and not only people are suffering from this. So, on amateur farms, animals had to be literally rescued from severe frosts.

and the reaction of the animals to this housewarming was very funny. No wonder, because now not only cats and dogs, but also chickens, sheep, cows should get along under the same roof …

Cold weather intensified in February and engulfed the southern part of America. Farms of large industries were prepared for such cases and the animals were placed in the shelters intended for this. But small farms were much less fortunate.

American farmers were forced to place their livestock in their private heated houses so that they could wait out the frosts without harming their health. And this is what came of it.

frames with animals settled in the master's houses. To say that it looks unusual is to say nothing! For example, farmer Kristen Fisher even set up a tent with hay for her birds.

And in Houston, the owners of the farm settled a sheep at home. True, for a domestic cat, the appearance of a new neighbor turned out to be a real surprise.

It's not every day you see a cow resting on a carpet by the fireplace. It seems that the hoofed animal even really likes such a housewarming.

The frosts also affected the sea turtle rescue center in Texas. The worker decided to put the turtles in the trunk of her car, because the low temperature is extremely dangerous for amphibians.

And this goose looks even too happy and cheerful.

He seemed to like the warm bedroom much more than the shed.

Facebook
Twitter
WhatsApp
VK
Previous articleA dog in a shelter holds out its paw to a passing woman and begs her for help
Next articleA selection of visual evidence that cats are such a substance that can fill any container.