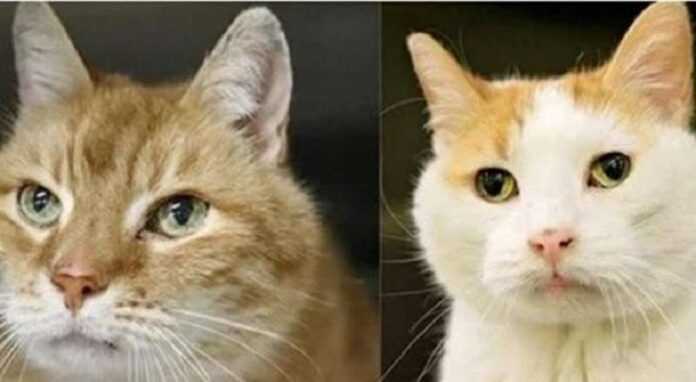 This is a story about friendship, ten years long. And not simple, but feline! Ten years, even for a person, is a very long time, but for cats, this is practically the whole life. The names of these fluffy comrades are Mojo and Max.

For many years they lived under the same roof, they became so close to each other that they practically never parted . When Mojo was 11 years old and his friend was 16, their owners had to give their pets to a shelter. The cats were already old, and their owners had a hard time keeping them.

In the shelter, the cats were settled in different cages and the fluffy ones obviously did not like it. Both looked depressed, definitely missing each other. The shelter workers did not make bets that someone would take the elderly cats. Still, people prefer to take kittens, because they will live in the family for a long time and will not have to part with them soon. However, surprisingly, Mojo was lucky enough to find a new mistress. And, although the woman was told the story of Mojo and his strong friendship with an older furry friend, she was not ready to take both cats to her place.

At home, the woman began to notice that her new pet seemed to have become more sadder than he was in the orphanage. Saddened look and grouchy purring haunted the hostess. It happened that Mojo lay down directly opposite the woman and, with sad eyes, began to meow plaintively. But the woman was not ready to return the pet to the shelter. On the contrary, every day the mistress more and more often came up with the obsession to return to the shelter to pick up Max, whom her cat misses so much. 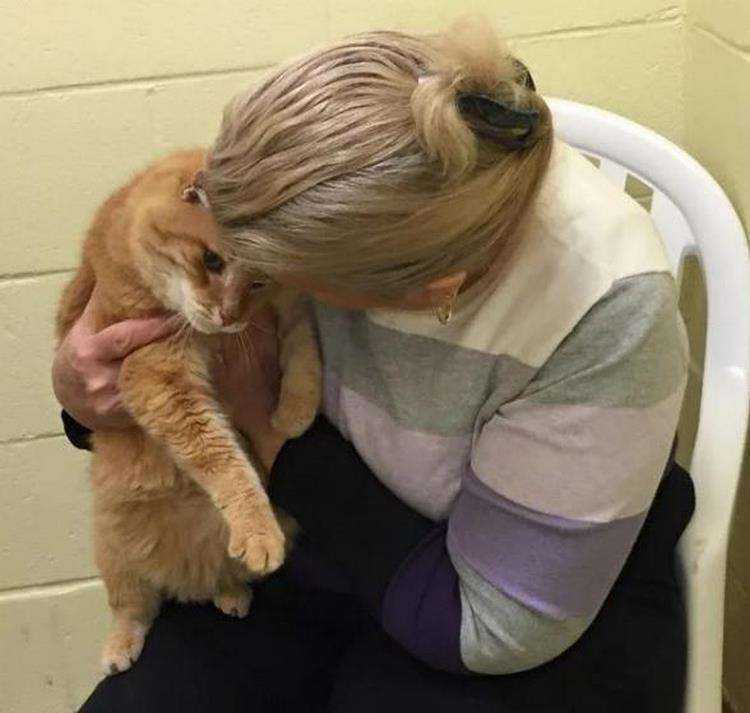 In the end, the woman did just that. Arriving at the shelter, she surprised the workers with her return visit, and even with her intention to take the elderly Max.

Finally, the parting of Mojo and Max came to an end. A strong friendship was reunited, and the cats again live under the same roof, happily spending their old age in the company of a loving and caring hostess.