Usually, cats do not get along well with dogs, but there are always exceptions to the rule. An example is the story of Spike and Max, which surprised many and touched the hearts.

Spike is an eight-year-old sightless dog. And Max is the most ordinary cat, who has become for Spike not only a true friend, but also a real guide. The two ended up at a shelter called “Saving Grace Animal Society” in Alberta (Canadian city). They were seized from the previous owner, who could not cope with the maintenance of the pets.

The owner, who turned out to be an elderly man, kept a cat and a dog in a street enclosure. And although the space was partially covered by a roof, Max and Spike were very cold due to frost. The animals were noticed by caring neighbors who decided to report this poor couple to the protection service.

The service officers who went to the place found a cat and a dog, huddling together and shaking from the cold. Spike and Max were taken to a shelter to find them new, more responsible and caring owners. But the volunteers immediately noticed that the dog and the cat were incredibly close. On walks, Max never left his blind friend to help him move and navigate in space. 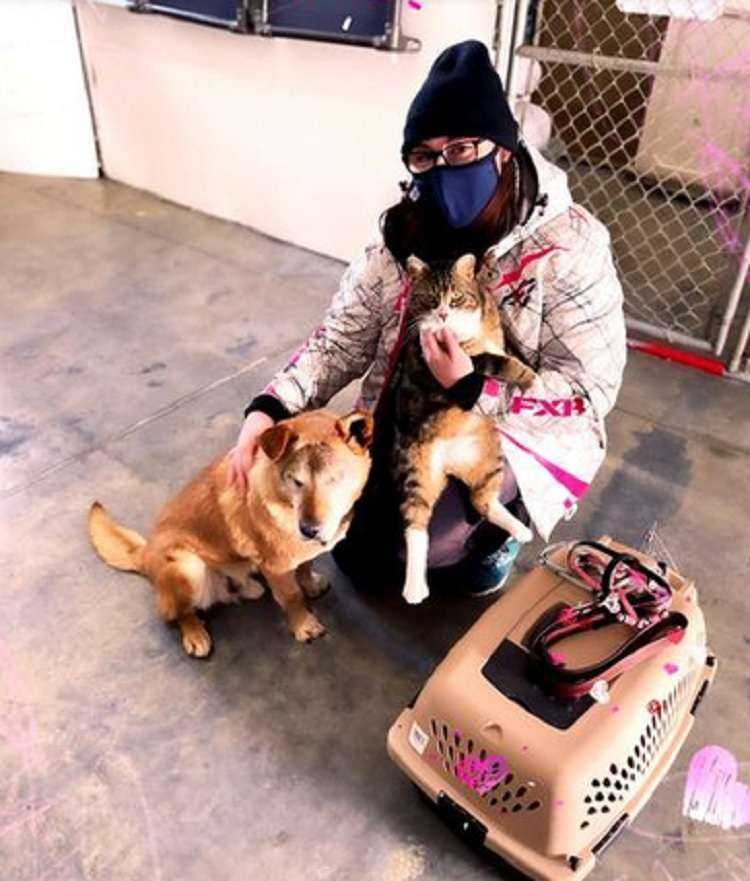 It was decided to attach Max and Spike only together. Shelter manager Erin Deems noted that the dog and cat turned out to be true friends, and they deserve to live together in the future. Yes, finding owners for a middle-aged blind dog and a non-purebred cat is not an easy task. And so the shelter workers decided to charge a mandatory tax paid by the new owner only for the dog, and just give the cat as a gift for free.

Photos of four-legged friends were published on social networks and attracted attention, resonated of many people. The pictures were shared by thousands of Internet users. Soon, numerous applications began to arrive from those who wanted to shelter Max and Spike. Among them, the best applicant was chosen.

Blind Spike and his faithful guide friend Max have already left for their new caring “mother”. Now they will live in the province of Manitoba, learn about human affection and, importantly, remain inseparable.

Did you like this article? Share with your friends on Facebook:
Facebook
Twitter
WhatsApp
VK
Previous articleCaring girls saved a little puppy who was desperately fighting for his life
Next articleSquirrel offered friendship to a woman who was sad about her beloved dog