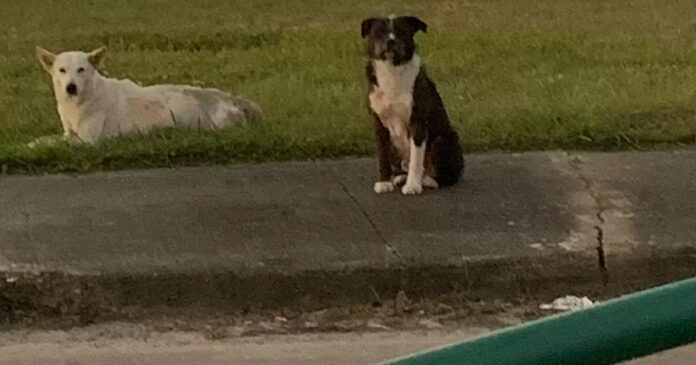 When Betty Walter received a message from a friend about a dog that had been hit by a car, she instructed her on whom to contact so that the pup would receive the help she needed. Betty has experience in rescuing and raising dogs, but was at work at the time and had no room to accept any more pets. But as the day went on, she couldn't help but think about the doggie who had been hit by the car. When her shift was over, she went to the indicated location to see if anyone had helped the pet. When Betty got there, she realized that the female dog was still there – along with the other dog. the dog guarding her 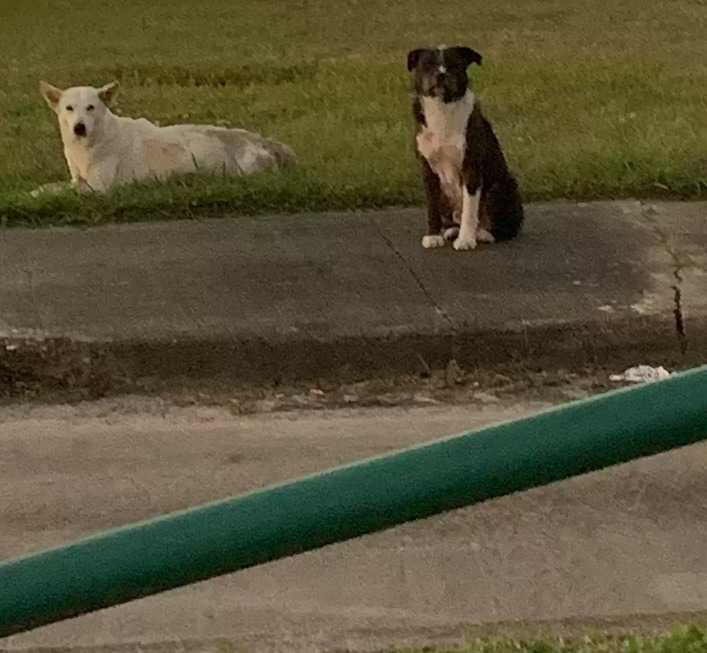 The dogs, later named White and Allen, were out in the grassy area away from the road. White was clearly injured and Allen knew it well, so he wouldn't leave her side. He was sitting right next to her, protecting her and deterring anyone who tried to get too close. He obviously loved her very much.

When I stopped, there were a few dogs in the distance and he chased them away. As I got out of the car to look at her, he ran up to me… I had to show him I was there to help. – tells Betty Walter.

They had to be together

Betty she had taken her time to gain Allen's trust because only then could she approach White. After a while, her friend who wrote to her also arrived to help her put the bitch in the car. All this time, Allen stood guard nearby, making sure that his friend was okay. Once the pup was in the car, Betty and her friend also caught Allen. It was clear that he wanted to be with her. 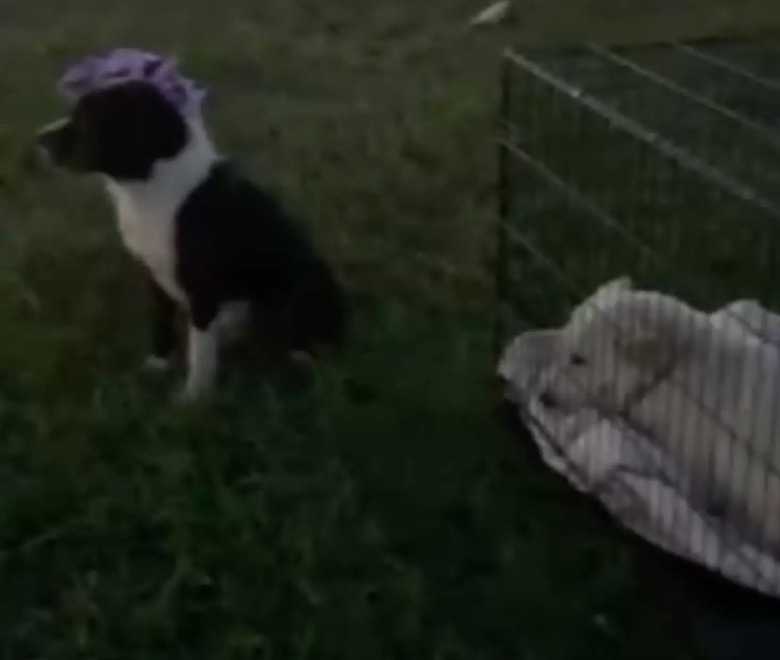 When Betty saw the sweet bond between the dogs, she decided to take them home together. She was worried that no one else would want to take them together, and separating was not an option.

Here in Houston, it's hard to is to find temporary homes for large dogs. Betty said.

It turned out that White had a broken pelvis and she had to undergo surgery. After surgery, she returned home to her new foster family to recover and be with Allen. As the weeks went by, it became apparent to Betty how closely these puppies were. That's why Allen didn't want to leave White's side when she was hurt. Four-legged friends wanted to be together no matter what.

White has a little more work to do before she is ready for adoption . She needs treatment and physical therapy, and Betty expects it to be several months before she can begin her search for a permanent home. Allen is ready for this – but of course he's not going anywhere without White. After all they've been through, these little dogs just want to find a loving home where they'll be together, and Betty will do anything to make it possible for them.

They love attention. They need someone to give them lots of kisses and hugs, and someone to keep them safe and feel safe. Betty admits.

White and Allen are the sweetest, best friends all over the world and we hope that they will find a common home as soon as possible, where they will always be happy.