Elderly woman killed by a 3-meter alligator. She fell into the pond where the pet was lurking 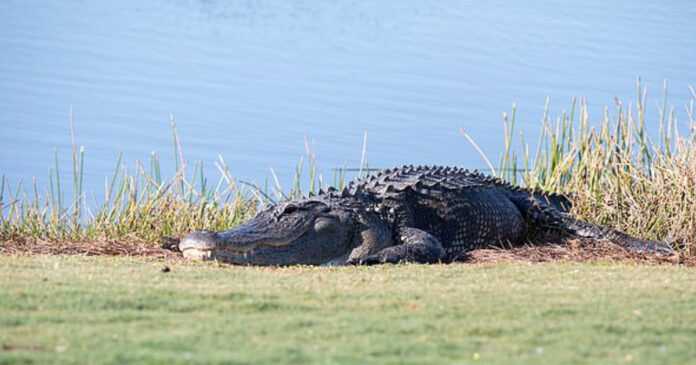 A huge tragedy occurred in a gated community for adults in South Carolina. An 88-year-old woman fell into a pond where an alligator lurked. Unfortunately, she did not survive.

An elderly woman was killed by an alligator in the gated community of Sun City Hilton Head. 88-year-old Nancy Becker fell into a pond where a dangerous animal was lurking. This year, it is the fourth confirmed fatal alligator attack in the United States and the second in South Carolina.

Unable to get out of the trap

As the sheriff's office reported in a press release, emergency services retrieved Nancy Becker's body around 1pm. Authorities admitted that on Monday morning a resident of Sun City Hilton Head was gardening near a pond when she suddenly fell into the water. Unfortunately, she was unable to get out of the trap and escape the alligator attack.

Major Angela Viens of the Beaufort County Sheriff's Office reported that members of the South Carolina Department of Natural Resources are doing their best to capture the pet.

The alligator has been identified as a male almost 3 meters long. He was eventually captured from a pond on Monday afternoon, officials said, and killed.

Sun City Hilton Head is a vast community of over 16,000 active elderly residents. Major Angela Viens estimates there are over 200 ponds and lagoons in the commune.

On June 24, another South Carolina resident was killed by an alligator near a pond just outside Myrtle Beach.

This year in Florida there were two more fatal alligator attacks. The victims were: a 47-year-old man (attack occurred on May 31) and an 80-year-old woman who fell into a pond near a golf course on July 15.

The body of 47-year-old Sean Thomas McGuinness was found without three limbs in a lake in Florida. An elderly woman, identified as Rose Marie Wiegand, fell into a pond and was then attacked by two alligators. 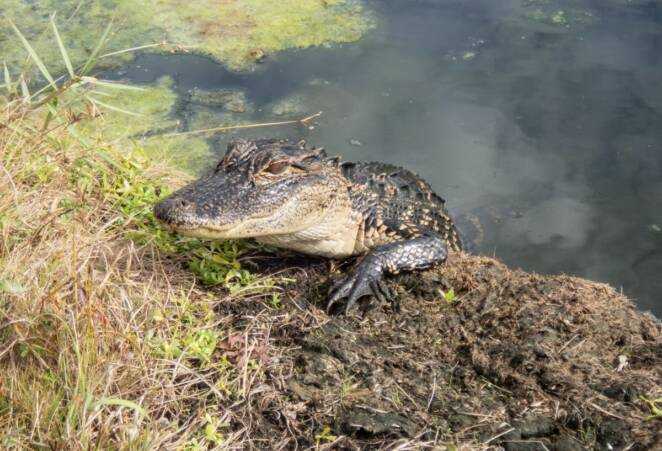 The Florida Fish and Wildlife Conservation Commission admits, however, that despite these terrible stories, alligator attacks on humans are very rare. They add that you are more likely to be attacked by a grizzly bear in Yellowstone National Park than by an alligator in Florida.

Alligators can be found all along the South Coast and parts of the East Coast of the United States, but are the most common in Louisiana and Florida. They also live in some wetlands in Texas, Oklahoma, and Arkansas.

thumbnail is for illustration purposes only

Facebook
Twitter
WhatsApp
VK
Previous article15 Cats And Dogs That Hid With Different Degrees Of Success, But Equally Funny
Next articleLook what they're doing. 15 Photos of Cats and Dogs That Are Really…