A cat with an unusual color, which looks like Zorro, becomes a real Internet sensation 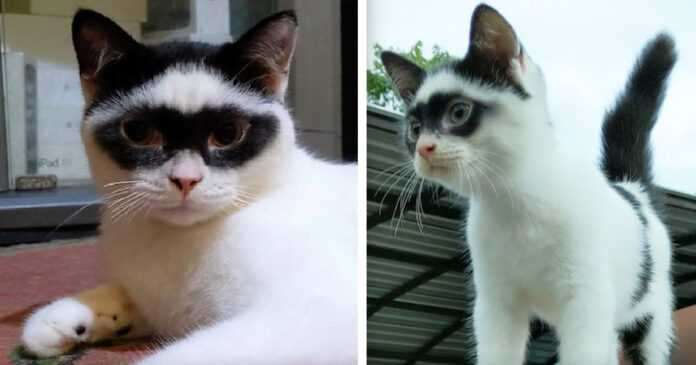 A kitten named Boy is only 9 months old and has already become a real Internet sensation. All because of his unusual color, which makes him look like Zorro. See for yourself!

50-year-old Indraini Wahyudin Noor from Banjarmasin, Indonesia has several cats in his house, but one of them has become an Internet sensation. Charming Boy is the youngest of all male furries. He is only 9 months old and his unusual color makes him look like Zorro. Boy has a black patch around his eyes that resembles a superhero mask.

His name is Boy, but many people call him Zorro. I have many cats, but only he has a mask on his face. He is very spoiled, always wants to be petted and cuddled. He likes to play, but hates the weekly baths. – admits Indraini Wahyudin Noor.

After Indraini first shared some Boy videos on their social media, they immediately gained tons of views, likes and comments – and no wonder!

People who see him for the first time usually say that he is special, cute and looks exactly like Zorro. People will admit that they would like to hug him and even hug him! Of course, the last option is not possible. – tells Indraini Wahyudin Noor.

Facebook
Twitter
WhatsApp
VK
Previous articleA few proofs that cats and winter are not made for each other
Next articleDogs who have concluded that your bed is their bed!